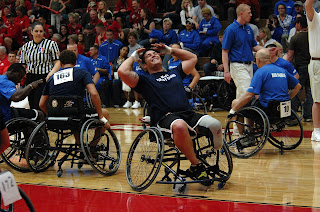 Although we carry out disability audits you can do your own on small offices although if you miss anything you may be liable if there is action taken against you by a disabled person. So beware.

Let me tell you about the types of disability that you have to cater for. You might be
surprised.A disability is defined under the DDA as a physical or mental impairment, a specific learning difficulty or health condition that has a substantial and long-term adverse effect on a person’s ability to carry out normal day-to-day activities.


A substantial adverse effect is more than minor or trivial and more than the normal differences in ability that exist between people.

The definition of disability includes physical disabilities, mental health difficulties, specific learning difficulties such as dyslexia, sensory impairments. severe disfigurements and facial disfigurements, progressive conditions with an effect, however small, on day-to-day activities, which is expected to become substantia, conditions with a number of effects, which have a substantial cumulative effect (such as pain or fatigue), people with a history of disability even if they have recovered (for example a person who has had a mental health condition in the past).

Conditions such as cancer, HIV and multiple sclerosis are covered from the point of diagnosis. When deciding whether a person has a disability, any medication or other treatment that they receive is disregarded. The only exception to this rule is the use of spectacles or contact lenses to correct vision. In this case, a person’s vision is considered with the help of contact lenses or glasses rather than without. 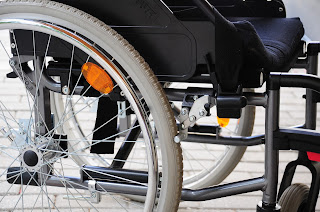 But you need to know the definition of disability does not include: loss of mobility due to a broken limb, which is likely to heal within 12 months, hay fever, which is seasonal, addictions to alcohol, nicotine or other non-prescribed substances, tendencies to steal, light fires, physically or sexually abuse others, exhibitionism or voyeurism, tattoos and body piercing, in the disfigurements category.

Normal day-to-day activities mean activities that are carried out by most people fairly regularly and frequently. They are defined as:mobility, manual dexterity, physical co-ordination, continence, ability to lift, carry or otherwise move everyday objects, speech, hearing or eyesight, memory or the ability to concentrate, learn or understand, perception of the risk of physical danger.

Normal day-to-day activities do not include activities which are normal only for a particular person, such as playing a musical instrument or performing a specialist task at work. And an individual is only protected if it is recognised that their impairment has an effect on their day-to-day activities, regardless of the extent of the discrimination.

If you have any questions then leave a comment

Hi Guys
Socialcam is dead. It's official. Or it will be on Friday 29th October 2015. It was founded by a small team of 4 people and was a spin-off of JustinTV. I will miss it.
Socialcam was launched in March 2011 and on 17th July  2012 was acquired by Autodesk for £60m. went from zero to ths staggering amount. So in just 551 days Now just 3 years on it gone.
If you are over 40 you'll remember the days of the first computer game with the ping-pong ball. Days before digital cameras, let alone smartphones. Now video is beginning to rule, particularly with the advent of Native Video for Facebook and twitter. 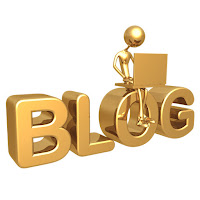 Just to remind you, native video is dropped straight of your smartphone onto Facebook or Twitter with no interface such as YouTube or Vimeo. This has just recently been launched and you may not have noticed but there is now a tab on Facebook for your videos. With
editing apps it's now not just possible but downright easy to edit in-phone and add effects too. Take a look at your Facebook page and check out the menu: Timeline - About - Friends - Photos - More, Click on More and the top item is Video, That's where all your videos go. Now I don't expect many of you have much there but this is the future - and you will.
So to download just bring the video up as you do with a photo and look for the "Share" sign. Click and it will bring up a variety of possibilities. Click on the Facebook symbol and its done. Add some text, post and its done.
I used to take the video and upload onto Socialcam, this was programmed to relay to Twitter wwhich shared with YouTube and Facebook. So for minimal effort I would be on all 4 within 20 minutes or so. Now if you want to be ranked and found on Google you must download onto YouTube because Google doesn't pick up anything on Facebook.
As a bonus I just found this video on YouTube of Apple Co-Founder Steve Wozniak "Woz"talking not just about how he met Steve Jobes when he was a student and Jobes was just 16 years but how the two worked closely together, Woz being the creative guy and Seve being the marketeer, and how well that worked.
But interestingly he went on to talk about how to become the best at anything. I have the same ethos. If you dig deep and learn everything you can about anything you'll become an expert. I've always said that if you read a book about your subject for an hour a day, you will become an expert in 3 months. Obviously we aren't comparing this to a university degree but in my experience an enthusiastic positive approach will take you much further that any disinterested person with a higher education.
Take a look at this video that was with a 14 year-old. Woz is very open and gives some good advice.

Make your future. Invest your spare time now and make a better life.

Posted by Mike Leahy at Wednesday, October 28, 2015 No comments:

Is a university degree worthwhile?

Having a university degree seems important today, with a high intake recently. Although I'm not totally convinced.

I see so many graduates who have their degree but are working in low paid jobs that probably don't lead anywhere. Graduates that are working in shops or cafes when they have a good degree in law, marketing or geology. And although universities train students to think and create this is only happening with a minority. Sure we all know graduates who are doctors, lawyers, teachers and nurses, and who are successful and settled in a career. But these are a minority.

I personally feel that the old system of layered education was far better. There was a place for all. Universities for the brightest, colleges for the majority who wanted to learn skills over a shorter period and to a lower standard, and apprenticeships for those wanting to specialise in manual skills such as mechanics, plumbers, electricians and brickies. Ok. So there are some apprentices around and colleges too, but not enough of the former and not enough discipline in the latter. By discipline I mean ensuring students attend, behave in a socially acceptable manner and learn. I've been in colleges recently where this just isn't happening. I gave a course on entrepreneurship a couple of years ago in a college and only 7 out of 23 students bothered to turn up. Two were totally disinterested and one fell asleep. Now I'm not a trained teacher but I do put my message through with enthusiasm and was surprised. The tutor told me that this was common, and incidentally they left a year later.

We are now in a world of insecurity with jobs, and the need to change. So life-long learning is really important from a jobs perspective. Learning new life skills can open up  big opportunities for anyone who continues to learn.

Now it's true that you can learn anything on YouTube for free. But online courses offer so much more. Firstly they offer a comprehensive course in one place, then they are structured so that you learn through a system, usually tutors/lecturers are available to talk over particular issues but there is usually a a discussion board so that both students and lecturer can cover points in depth. And you can learn anytime, anywhere where you have an internet connection, and any topic.

That knowledge you gain can help you at work but also throughout your life. And if you have some knowledge about a specific topic you might even become a lecturer with your own courses. It's not difficult.

Meanwhile watch out for more

Posted by Mike Leahy at Wednesday, October 14, 2015 No comments: