I've been recording conversations on Skype using prettymay (available under extras freeware on the Skypwe site for a year now and it's always come up trumps. Simple and reliable. If you want to record Skype interviews or for any other reason then mp3freedownloader is the answer.
Boy how technology has moved on! I remember when music came on thick vinyl records, played on a turntable. The arm was gently placed on the record and a metal needle ran along the groove picking up the vibrations (I guess) and transposing them into music that came out rather crackly.The first one we had was wound by hand and you needed to listen out for the music slowing down.
I remember my first sound recorder back around 1958. It was like a Walkman in size but a dinosaur in technology by today's standards. A school friend made this and fitted it into one of his father's tobacco tins! I could record about 8 minutes of sound and play back. It worked on a very basic reel-to-reel player and you needed headphones to hear. I used a pair of ex RAF headphone, probably second world war surplus.
So what a contrast between then, when crystal sets were common, and now when we can record using a variety of devices and play back to such high quality that you'd think the musicians were in the same room. Anyone under fortyish wouldn't understand. 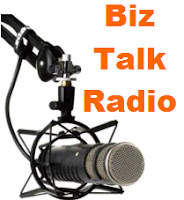 Now I have an on-line radio show which you'd probably call a podcast but I like the sound "radio show". It rings of entertainment. And of course my show is made up of some music but lots of interviews a, handy hints and tips, and live news items. I use Skype for phone interviews because it's clear and I can record easily. I use mp3 free downloader because it has so many benefits.

When I call using Skype my mp3freedownloader automatically switches on and records as an mp3 which I can then use directly or edit. All files are stored together in a dedicated folder so they are easy to find. I used the free version but it's limited to 15 minutes of conversation and it is awkward telling an interviewee that we'll pause after 15 minutes whilst I re-set the recorder. It's a good way to trial the software and you can do that for as long as you like: but the pro version is really low-cost so it's a natural progression.
And here are some uses. Interviews are a natural. But what about those difficult conversations where you need a recording, just remember that you need to tell the other party and you need to get agreement. Record a sales conversation and listen back. Did you talk too much? Did you close enough? You'll learn to exchange words, vary the pitch and pace of your voice and speak with clarity. And you can pick up testimonials from satisfied customers. Give it a try and surprise yourself. Go to http://www.mp3freedownloader.com
Posted by Mike Leahy at Friday, February 04, 2011 No comments: