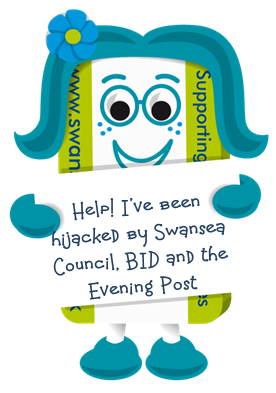 A Fairy Story or grizzly reality??

Once upon a time there was this guy with no money but loads of good ideas. "Why don't I stroll into town and talk to those nice people at the council office. These ideas will help the towns folk who are complaining the shopping centre and lack of customers and I might get just a little bit of money to get these great ideas off the ground, and the townsfolk will be happy too."

So he strolled into town and spoke with several of those nice people at the council who said "Great ideas but we have no money! Go and speak with BID. That nice man at BID will be interested in this"


But then the town council, BID and the Evening Post decided to bypass the Ideas Guy and pretend they had thought up the idea themselves. The poor deluded fools. Had they forgotten that this had been documented not only on this blog but also in the Evening Post itself!!! In fact the South Wales Evening Post had praised the idea in their article on 22nd November 2012.     Small town mentally or city vision?? Premiership thinking?

This is SouthWales
SHOPPERS in Swansea will be rewarded for their loyalty to the city thanks to the launch of a new card.
The local business card, Carrie, saves customers money through freebies and discounts. The aim is to get consumers buying from local business, whether out shopping or through the internet.
The card is designed as a key fob and is the brainchild of Swansea entrepreneur Mike Leahy.
"We are giving a top-line service to both cardholders and sellers," he said.
"Just £10 a year for the card and £2 a week to advertise as a merchant isn't going to break anybody's bank. Most people will save that on a single purchase and many merchants will recoup the annual cost in less than a week.
"And there's no commitment. I just want a card that's easy to get, simple to use and guarantees the user something extra. Something that helps everyone through the current economic climate and beyond."
Consumers can look for the symbol in shop windows or on websites and when they present their card they'll get a saving or other benefit.
Businesses which have signed up to the scheme so far include Gower Road Car Wash, Taybarns restaurant, Boudoir Photography and Chauffeur Drive Swansea.
Taybarns general manager Sarah Steele said: "The loyalty card scheme is a benefit for local people. It's something we can all get behind and support.
"There are only seven Taybarns in the UK and there are still lots of people in Swansea who don't know about us.
"This scheme creates links with other businesses to let them know about our offer."
Visit our Business in the Bay website
Mr Leahy was involved in a similar scheme called The Gainers Club in the 1960s in London but the cost of regularly printing updated directories and sending information by post meant the club only lasted 18 months.
Now the internet and automated email newsletters has brought the cost down.
"And it's not just shops," added Mr Leahy. "I'm looking for entertainment such as clubs, bowling, racing and theatres, restaurants, hotels and health clubs, internet businesses and business-to-business.
"In fact, the scheme was originally created to work between businesses but the demand has opened the floodgates. So there will be web designers, sign makers, graphics designers, stationers, plumbers and electricians and many others.
"I've designed the scheme to be simple without any need for unnecessary paperwork apart from registering. A scheme that will be good for both shoppers and sellers."

First published 22nd November 2011 (Natalie, thanks for spotting the mistake)

A SHOPPERS' loyalty card could be hitting the streets soon if enough traders get behind it.
Swansea businessman Mike Leahy has been gathering support for a number of schemes in the city centre to help boost trade.
He is trying to get retailers and businesses to sign up to the Swansea Card.
It would be free to shoppers, but traders would be charged a monthly fee to join the scheme.
It would mean cardholders could get special discounts in different shops, restaurants and cafes.
Mr Leahy said: "The card is designed as a key-fob and is easy to carry and always available.
"Consumers just look for the symbol in shop windows or on websites.
''When they present their card they'll get a saving or other benefit. There is no paperwork, nothing for the retailer to complete or record. And this is ideal for businesses promoting themselves. It's hassle free."

Mr Leahy said he wanted to hand out around 5,000 cards to Swansea shoppers.
He also said he wanted to roll out a "lost key" scheme, so keys with a fob could be handed in to a certain place and identified and returned to the owner.

Mr Leahy added: "I have talked with Chris Holley, leader of the council who walked through the city centre talking with both shoppers and traders and he agreed we have some good projects including a quality busker show, a town crier or something more updated, an arts quarter by the Dylan Thomas Theatre at the Marina and a free key-fob discount city card. This would be linked to offers and incentives from local shops sent out by email and through printed broadsheets of vouchers."

Mr Holley is also backing plans to bring back an all-weather car boot sale at High Street multi-storey car park. "We used to have one there years ago and I would like to see that back," the council leader added. "But it's difficult to get people to run it. I've spoken to Mr Leahy and he's going to come back to me with names of people interested, so we can look at getting that back up and running.

And here is the Council Con.
After discussions with Council Leader Chris Holley and top executives in the city council who told me they couldn't afford the scheme they came up with a direct rip-off. Even the Evening Post told me it was an original idea even though I had discussed it with them.

More than 3,600 people have now signed-up for a Swansea city centre loyalty card – that's over 500 a day.
The scheme, launched on Monday March 5, gives shoppers access to a huge variety of discounts at city centre shops, restaurants and other businesses.
More than 70 businesses are taking part in the initiative so far.
The card can only be redeemed in person in the businesses taking part – a measure that's aimed at boosting footfall during difficult economic times across the UK and beyond.
Swansea Council is behind the scheme.
Staff at the Council's City Centre Management Offices have been busy processing applications all week.
Daniel Jones, City Centre Manager, said: "It's been a hectic time since the loyalty card was launched but it's very encouraging to see the level of interest the scheme has generated.
"This is a win-win for traders and shoppers. It gives shoppers access to a huge selection of discounts and will ensure people are visiting the city centre to discover everything that's available there.
"This is especially important because of the gloomy economic climate and the competition our city centre traders face from out-of-town retail parks and internet shopping."
Loyalty cards can be picked-up from the City Centre Management offices on Plymouth Street. People can also apply for a card on the http://www.swanseacitycentre.com/loyaltycard website where the chance to win £100 in high street vouchers is also available.
Action Bikes on St David's Square, Franky and Benny's on Wind Street, Odyssey nightclub and the Dragon Hotel are among the businesses taking part.
Cllr Chris Holley, Swansea Council Leader, said: "This is a terrific scheme that forms part of a broader action plan to help our city centre traders.
"The number of people to have signed-up so far will boost footfall and give more people the opportunity to discover the regional shopping capital of South West Wales.
"This will help raise the profile of the city centre and ensure traders thrive when economic conditions improve."
Businesses taking part in the scheme will have posters in their windows to show their participation. All anyone with a loyalty card has to do is pop in to find out what discounts are available or check the special loyalty card website where offers will be regularly updated.

How Swansea Council and BID listen to local businesses . . .  then steal their ideas.
So watch out. They'll soon be after your vote in the elections!

Skidz isSwansea's only indoor karting track. With karts for all ages and abilities and tracks to challenge all types of drivers - they know you'll have a great time karting with them! 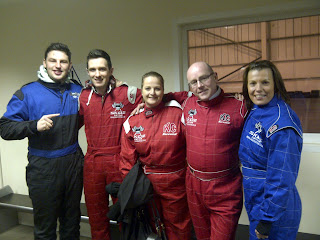 From arrive and drive to corporate events, they can do it all - have a look at the Event Types page and get in touch with any questions.
*For arrive & drive, please call first so they can advise on available time slots throughout the day.
Every driver is provided with a helmet, overalls, gloves and a detailed safety briefing. Drivers will have to make a one time purchase of a balaclava for hygiene reasons - but they're only £1.50 and its yours to keep and bring back next time! 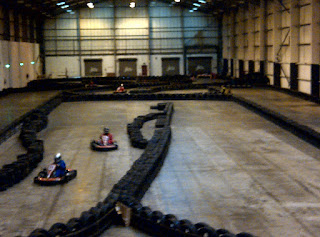 Along with 2 great tracks, there's also a big games room with driving simulators, a pool table, air hockey table, and a cafe serving light refreshments.
If you're looking for a different venue for a conference or party, there is a great party/conference room for hire too - just contact us for further information.
If you're looking for a birthday or special gift idea, then why not buy a Skidz Karting gift voucher. They'll make a great gift and can be used as part or full payment for any type of session offered.
Posted by Mike Leahy at Tuesday, March 13, 2012 No comments: