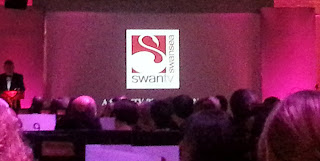 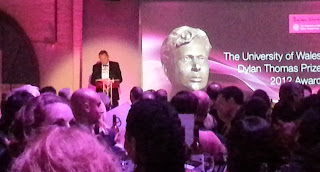 SwanTV were pleased to contribute to the Dylan Thomas Literary Award ceremony by producing the video shown at the beginning of the evening and by following the finalist during the week as they were involved in different events including talking at local schools to inspire pupils.

Jamie Owen of BBC Wales hosted the event. We heard excepts read by each finalist from their book.

Chibunda Onuzo read from The Spider King's Daughter. Born in Nigeria in 1991, she is the yongest of for children. She gradated fro King's College. London in 2012 with a first in History.  When not writing Chibunda can be found playing the piano or singing.

D W Wilson was born and raised in the small towns of the Kooteney Valley, British Columbia. He read from Once You Break a Knuckle. He is the recipient of the University of East Anglia;s inaugural an Booker Prize Scholarship - the most prestigious award available to students in the MA programme. His stories have appeared in literary magazines across Cananda, Ireland and the United Kingdom: and The Dead Roads won the BBC National Short Story Award in 2011. He lives in London.

Tom Benn read an except from The Doll Princess. Born in 1987, he grew up in Stockport. He is a graduate of the UEA Creative Wrtiting MA and was a recipient of the 2009 Malcolm Bradbury bursary.

The White Shadow was read by Andrea Eames who was born in 1985. She was brought up in Zimbabwe, where she attended a Jewish school for six years, a Hindu school for one, a Catholic convent school for two and a half, and then the American International School in Harare. Andrea's family moved to New Zealand in 2002. She worked as a bookseller and editor and now lives in Austin, Texas with her husband. Her first novel, The Cry of the Go-Away Bird, was published in 2011.

It was no surprise to hear that the judges had a tough job selecting a winner, each book was a joy to listen to, and I would highly recommend reading all.

The winner was Maggie Shipstead and she was presented with a cheque for £30,000 by Hannah Ellis, grand-daughter of Dylan Thomas.

The evening celebrations were held at the Waterfront Museum, Swansea and this was a superb sumptuous setting for such a glittering prize. 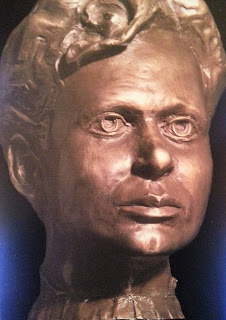 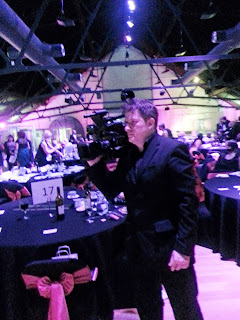 This is a bi-annual event and will coincide with the century of the birth of Dylan Thomas.
Posted by Mike Leahy at Saturday, November 10, 2012