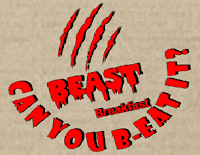 There are just two places left for the FREE seminars on Tuesday and Thursday next week. They may have gone by the time you read this.

Interestingly at the Mid and West Wales Chamber networking breakfast this morning that I attended 4 people signed up to attend beccause of postive comments by past attendees plus two who have attended previous meetings are coming back for more.

I was very pleased to receive this testimonial earlier today. An e-mail out of the blue. I've been working with the Lance and Paul of the Uplands Diner in Swansea for the last few months and there have been dramatic socila media and off-line marketing plus other changes and a completed make-over. They are now servibg more breakfasts than ever before and have broken all records during October.


They kindly wrote and said:

The old saying goes "It's not what you know, it's WHO you know". This saying is very appropriate to Mike Leahy. If you needed to find the answer to something and he didn't know it-(first of all, that would probably be unlikely), secondly, he would probably know somebody who WOULD know the answer. He is like the human version of Wikipedia. Since he began assisting the team at the Uplands Diner, he has brought a vast array of experience and knowledge which he has personally learned over the decades. Secondly, he has met a lot of like minded people in that time, and they in turn bring their skills with them. But you can't get that on Wikipedia.
Testimonials are so important in building up new relationships with potential customers.